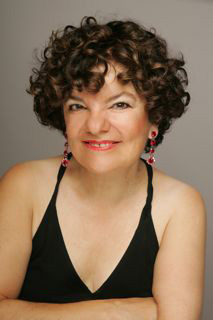 Annie Lebeaux has been an eclectic music professional in NYC for 40 years as of this year. She's played for ballet for the last 8, and before that played on the Delta Queen steamboat for 9 years; the American Orient Express luxury train out west; Crystal Cruises, where she musical-directed their new shows onboard from Barcelona to Bora Bora; Hersheypark, where she musical-directed 5 seasonal shows a year for 9 years; "42nd Street" and "A Chorus Line" tours in orchestras all over W. and E. Germany and Switzerland; Theater for the New City here in town, where she's musical directed many shows over the years, and you may catch her singing/playing in upscale spots like the Key Largo Anglers Club!