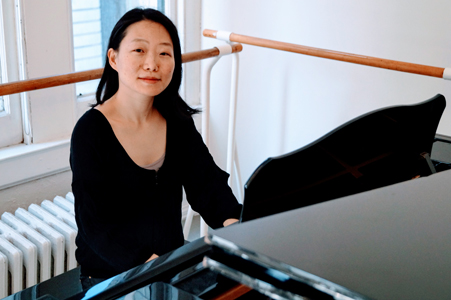 Ayako began piano lessons at the age of three. She attended the Soai Conservatory of Music in Osaka, Japan and received her classical piano training from Motoko Nakata. Later she studied composition with a leading Japanese composer Osamu Katsuki.

Ayako has lived in Japan, Russia and the U.K. and has collaborated with number of filmmakers, photographers, dancers and theatre directors. International festivals have selected some short films in which her compositions were featured.

Her passion for music and art brought her to New York City in 2016, since then she has been accompanying ballet and vocal classes in Manhattan.

As an avid dance enthusiast for many years, Ayako is literate in the technical aspects of ballet as well as thoroughly familiar with the vast ballet repertoire. She enjoys dancing herself, and takes ballet classes and dances the Argentine tango.