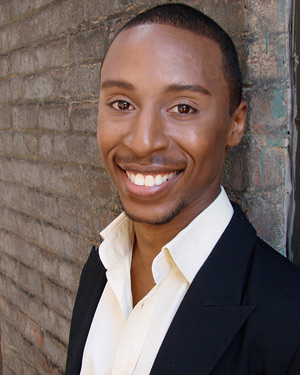 Christopher recently choreographed, "Disney's, The Little Mermaid" for the prestigious performing arts center, Ruth Eckerd Hall in Tampa, FL. He was Artist in Residence at Tampa Ballet Theatre for the 2015/16 season where he premiered many works, directed and produced two television commercials which aired on PBS, and danced the Principal role of Puck in "A Midsummer Night's Dream" to raucous acclaim. His short film, "B.A.L.L.E.T a Romance" was chosen as Pointe magazine's, Editor's Choice Film for April 2015. Soon thereafter the film's dancers from (then) American Ballet Theatre and Dance Theatre of Harlem, became Dance Magazine's cover couple for January 2016.

Christopher's previous work in Los Angeles includes performing in musicals such as A Chorus Line, 42nd St, My Fair Lady, and Anything Goes. Thereafter, he had a decade of multi-dimensional work in New York City working on innumerable projects with Broadway and Ballet notables and formed a career-launching dance company, "Le Troupe Liddell!" performing at top dance venues such as the Ailey Citigroup Theater, Steps on Broadway, the Joyce's DANY, etc.

Christopher has taught at Steps on Broadway, Yale University, Harkness Dance Center, Cecchetti Council of America, Tampa Bay Ballet, as an international guest artist, and privately for many Broadway and Ballet dancers. Christopher is an ABT certified teacher in Pre-Primary through Level 3 of the ABT National Training Curriculum. His students have been accepted into schools such as American Ballet Theatre's Jacqueline Kennedy Onassis ballet school, Laguardia High School of the Arts and Professional Performing Arts, while others continue to gain work on Broadway, TV and film.

Theatre Dance:
We start with a strong warm-up which focuses on showmanship refined by jazz and ballet technique. Followed by floor barre: abdominals, extension and stretch including yoga and port de bras. Following this, students will go across the floor working not only technique, but style, attitude and athleticism in the vain of Jack Cole and Bob Fosse. The class culminates in a piece of choreography designed by Christopher to help you reach your best potential as a performer for stage or film.

Ballet:
Christopher teaches a clean, level appropriate classical and "performance focused" ballet class based on the ABT NTC curriculum. The students focus on clean, uncomplicated technique, mostly Cecchetti based, with a Balanchine-like focus on sharpness and musicality, combined with the artistry of the Vaganova school. In particular, his centre exercises are designed to bring out the dancer as well as the technician. Christopher's vision of ballet class is sculpted by many years either observing or taking from ballet greats such as David Howard, Willy Burmann, Nancy Bielski, Kathy Sullivan, and working with the dancers and teachers at ABT, STEPS, and beyond.