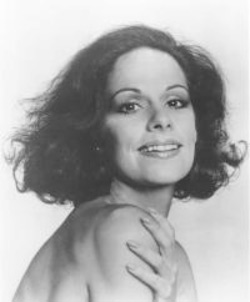 Eleanor D'Antuono was born in Cambridge, Massachusetts and studied dance with Maria Papporello and E. Virginia Williams who later founded the Boston Ballet. At age 14, she began her professional career with Ballet Russe de Monte Carlo. Within two years, she was performing solo roles in the Company's full repertoire and on a world tour. After dancing a season with the Robert Joffrey Ballet, Ms. D'Antuono joined American Ballet Theatre as a soloist in 1961. She was promoted to Principal Dancer in 1963. In 20 years as a professional dancer with ABT she received accolades from public and press alike. "Eleanor D'Antuono has long been one of the glories of American Ballet Theatre. She has a style and beauty that are all her own... her technique is stunning," said the New York Times. Her leading roles have included Coppelia, Giselle, Raymonda, the Sleeping Beauty, Swan Lake, Les Sylphides, Tales Of Hoffman, and La Fille Mal Gardee. Inspired by her fiery virtuosity and her unique lyricism, many leading choreographers created original roles for Ms. D'Antuono in ballets such as Alvin Ailey's The River, Brahms Quartet, Elektra, Balladen de Lieber, Kinderzanen and Lorenzo Monreal's Romeo and Juliet. Other ballets in Ms. D'Antuono's repertoire included La Bayadere, Etudes, Jardin Aux Lilas, Corsaire, Diane and Acteon and Don Quixote. Ms. D'Antuono has been invited to perform all over the world. She appeared at the International Ballet Festival in Havana for several years. She was the first American ballerina to appear as a guest artist with legendary Kirov Ballet in Leningrad and the first American ballerina to appear as a guest artist with Chinese Companies. Since her retirement from active performing Ms. D'Antuono has been Artistic Director to Festival Dance Theatre and Artistic Advisor to New Jersey Ballet, also Resident Coach and Artistic Advisor for the Nutmeg Ballet. She is highly in demand to coach professional and regional ballet companies nationwide and has staged many classical ballets. Her affiliations include serving on the board for Harkness Ballet Foundation and the New York Council on the Arts.