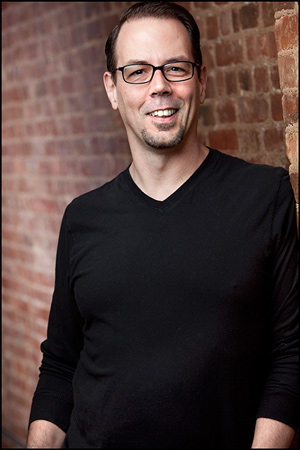 He holds a B.A. from SUNY Empire State University in Musical Theatre Dance.

Geoffrey's Director credits include several New York Regional Productions, Off Broadway, Off Off Broadway, Children's Theatre and New York Cabarets. Most notable The Fantasticks, It's a Women's World and the critically acclaimed "The Music of Andrea Green."

Geoffrey Doig-Marx was resident choreographer of Park Playhouse for 8 years. Choreography credits include Annie Get Your Gun, Fiddler on the Roof, Hands on a Hardbody, The Producers, Spamalot and Cabaret which was named one of the top 10 shows of 2012 by Bob Geopfert. Additional credits include The Drowsy Chaperone at Westminster Choir College and Kiss of the Spiderwoman at Montclair State University with Director Clay James.

As a Producer, Artistic Director and Director, Geoffrey received a Certificate of Excellence in Cultural Achievement from the Manhattan Borough President office of The Mayor of New York City for his work with The Elan Awards. The Elan Awards have become a permanent part of the archives for The New York City Performing Arts Library.

As a performer, Mr. Doig-Marx appeared in the Equity National Tours and Regional Productions of West Side Story, A Chorus Line, Dames at Sea, Cabaret, La Cage aux Folles, Fiddler on the Roof, Jesus Christ Superstar and many others.

GDM left home at age 15 and lived in runaway shelters and group homes in the Albany area. In the mid-1980s he moved to New York City and started his career in dance, musical theatre and choreography. In December of 2011, Doig-Marx moved to Harlem where he started painting, photographing, writing and hasn't looked back.

Now with over 500 paintings and thousands of photographs, GDM is everywhere. "I don't like a lot of art. I only like two pieces I have in my home. My GDM and my HIRSCHFELD" -Chita Rivera

Presently, he is the resident Artist of POSH NYC (8 years) and The West End Lounge (4 years) and The Pecore in Harlem (4 years). He has had several solo showings of his work in several New York venues. His first New York Solo gallery showing was at The Lanyon 36 Gallery in 2015. His work currently hangs at Peridance, The Broadway Dance Center and in the halls of The Martha Graham Dance Company.

Currently he is writing the Book and Lyrics along with his writing partner on the original musical entitled of "Zombie", and is illustrating a children's book entitled "Agnes and The Metroploitan".