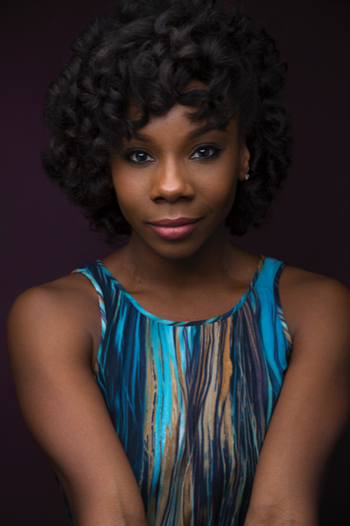 Khori Petinaud is a NYC based performer and educator and as a former member of the Steps Repertory Ensemble she is thrilled to join the incredible teachers here at Steps on Broadway! She studied at Dance Theater of Harlem, North Carolina School of the Arts, The Ailey School and received her BFA in dance from NYU. She has danced with choreographers such as Sean Curran, Nathan Trice, Aszure Barton, Cherice Barton, and Benoit Swan.

She was a part of the original broadway cast of Aladdin and can be seen this summer as a part of the original broadway cast of Moulin Rouge! The Musical. Some other credits include In the Heights (Kennedy Center), The Color Purple (National Tour), King Kong, American Dance Machine, Freddie Falls in Love ( Signature Theater: Al Blackstone) and Roman Holiday (San Francisco). Tv credits include: Rent: Live (FOX), The Marvelous Mrs. Maisel (Amazon), Vinyl (HBO), The Knick (Cinemax), and Z:The Beginning of Everything (Amazon).