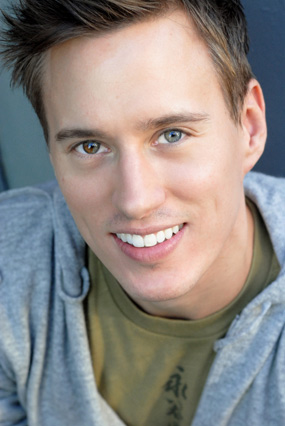 Kurt Froman just completed the film Red Sparrow, training and coaching Oscar winning actress Jennifer Lawrence for four months to perform choreography by Justin Peck (NYCB). He oversaw the dance sequences during production which featured Isabella Boylston (ABT principal) and Sergei Polunin (former Royal Ballet principal) as well as being Jennifer Lawrence's personal ballet trainer and coach. Kurt was the original Dance Captain and Swing for the Broadway hit, An American In Paris, and eventually took over an ensemble role in the show. He was part of the core group of dancers for the workshop Something To Dance About— a tribute to Jerome Robbins' body of work which featured his ballets as well as his musical theater choreography. He was recently seen on the STARZ series Flesh & Bone, featured in a ballet solo as "Young Paul" as well as a series regular as a Company Member. He trained Christina Ricci for several months and choreographed her solo en pointe for the Amazon series, Z: The Beginning of Everything, and will remain the choreographer and ballet coach for the rest of the series. Kurt was the Resident Choreographer of Billy Elliot, The Musical on Broadway and its second national tour. Kurt was the Associate Choreographer for the film, Black Swan, responsible for training and coaching Natalie Portman, Mila Kunis, Vincent Cassel, and overseeing the Corps de Ballet. Natalie Portman personally thanked Kurt in her Oscar Acceptance speech for their work together. Kurt has also taught ballet to actress Rooney Mara, and coached her movement for her role in the upcoming Terrence Malick film, Song To Song, as well as Vogue Magazine's "The Vogue 120". Kurt was invited to stage a work for the Paris Opera Ballet's Tribute to Jerome Robbins, and recently staged Benjamin Millepied's Nutcracker for Ballett Dortmund in Germany. His commercial credits include: L'Oreal's "True Match" staring Zoe Saldana (Choreographer) and Domyos (Associate Choreographer), and has choreographed the ad campaigns, video shoots, and catalogues for Bloch dancewear for the past three years. Kurt has been on faculty at Broadway Dance Center and Steps Youth Programs, and guest faculty at Barnard College and University of Michigan. He has also taught the past two years for the New York City Dance Alliance, headlining their Friday night audition class.

Kurt's professional career started in New York after he was awarded the first Rudolf Nureyev Scholarship which allowed him to study at the School of American Ballet's "Special" Advanced Men's Class. After six months, Kurt was invited to join the New York City Ballet, where he danced senior corps de ballet and soloist parts for over seven years. His Broadway career started when he was cast in the leading role of James in the Twyla Tharp/Billy Joel show, Movin' Out. Kurt was in the Broadway revival of Pal Joey at Studio 54, City Center Encores!, Juno and On Your Toes, and did principal roles with the Suzanne Farrell Ballet at the Kennedy Center. Other TV/film work includes Smash, the Biography Channel's Biography - Natalie Portman: The Professional, Black Swan where he was the understudy to Siegfried and danced with Mila Kunis, Across the Universe, Center Stage, SNL, and several Live From Lincoln Center telecasts.