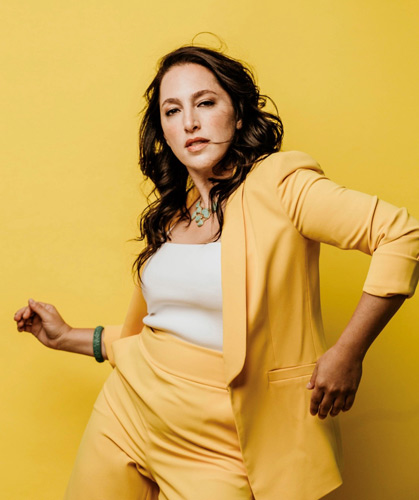 Laya Barak began her training in her hometown of Detroit Michigan in modern, jazz, ballet, tap and hip-hop at Annette and Company School of dance under the training of Annette Bergasse and Joshua Bergasse. She later spent many years at the Edge Performing Arts Center and Millennium Dance Complex in Los Angeles training with choreographers such as Tabitha and Napoleon D'umo, Dave Scott, Kevin Maher and many more. She graduated from Indiana University with a BA in Arts Administration Dance and Business. While at Indiana Laya danced, choreographed and was co-director for the In-Motion Dance Company.

Laya has done choreography for various recording artists in New York, Cyprus and Israel. Her choreography has been showcased at venues such as Alvin Ailey for the Ladies of Hip Hop Festival and Hammerstein Ballroom where she choreographed for Broadway Bares the last 5 years, working with some of Broadways elite performers. In 2018 she co-directed the show with Nick Kenkel and will be solo directing this years Broadway Bares in June 2019.

She has an instructional DVD available on Amazon titled Urban Jam Hip Hop dance with Laya Barak and was featured in ELLE magazine on her career as a dancer, choreographer and singer. Laya has taught hip hop and street jazz classes all over the city at Steps on Broadway, Broadway Dance Center and Alvin Ailey. She has also taught workshops and master classes around the US and abroad including Canada, Cyprus, Israel and Australia.

Laya is also a Pilates Method Alliance certified Pilates instructor. She trained extensively under the tutelage of Daisy Sola of Sola Pilates, in all apparatus and mat work from beginner to advanced. Laya works with clients to strengthen the powerhouse and gain stability and length throughout the body. Students will leave class feeling stronger, taller, and leaner. Laya has worked with many injuries including sacral issues, shoulder, hip, back and neck pain, herniated discs, labral tears, knee injuries as well as many other body misalignments. She also teaching all pilates apparatus including reformer, Cadillac tower, spine corrector, wunda chair and barrel.