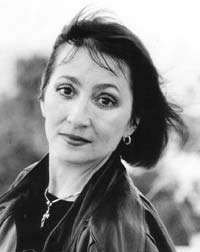 Ludmila Raianova began her dance studies at the Academy School of Ballet in Almaty, Kazakhstan where she was trained in the Vaganova method. After graduating with honors from the Kazakhstan State Ballet Academy she was invited to Ufa, Bashkir Republic State Theater of Opera and Ballet, where she performed as soloist and principal dancer in the classic ballet repertoire. Later she was invited to continue her artistic development at the Bolshoi Theater Ballet in Moscow, Russia.

While at Bolshoi, Ludmila continued to work with the best known ballet teachers. An invitation to join the Ballet of Russia State Theater as soloist and principal dancer followed. She danced the roles in Giselle (Myrthe, Pas de Deux Act 1), Swan Lake (Pas de Trois), Don Quixote (Mercedes, Queen of the Dryads), The Nutcracker, Le Corsaire and many other classical ballet repertoires. With the Ballet of Russia, she toured countries such as Spain, Portugal, Yugoslavia, Hungary, and others continuously giving master classes. While in Moscow, she began her teaching and coaching career and training many young artists in Russia.

Since moving to the US, she continues to teach classes in all levels of ballet, pointe, ballet variations and stretch exercise. She currently is a guest teacher at Steps on Broadway, Steps Youth Programs, Broadway Dance Center, and California Dance Center in Hollywood, and teaches at New York University Tisch School of the Arts and Ballet Arts at City Center. She also coach dancers and choreographs classic repertoire, preserving not only the best of Russian classical tradition but also the best of all international alternative techniques.

In 2006 she coached her student for the Youth America Grand Prix Classical Ballet competition Finals in New York City, where she was awarded the Bronze Medal.