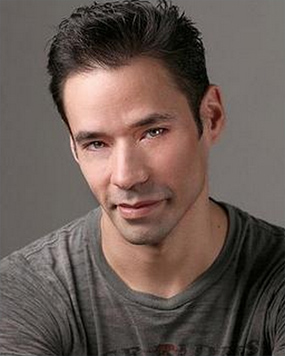 Robert Johnston was born in Ventnor, New Jersey, and began his dance training at the age of 19 at The Atlantic Contemporary Ballet Academy in New Jersey, After 1 year he moved to Philadelphia to complete training at The Rock School of Pennsylvania Ballet under full scholarship. After completion he started performing works with the Company. He then moved to New York City under full scholarship to The Joffrey Ballet School. Shortly after being promoted to soloist with the Joffrey Ballet Ensemble touring works with the company, Robert then performed principal, and soloist roles with Connecticut Ballet, and Staten Island Ballet. Robert has been a member of Ballet Neo since 2010, and Principal since 2011. Robert has been Rehearsal director since 2012, and a contributing choreographer for Ballet Neo's Spring 2014 season. In 2012, Robert began assisting Kate Thomas' Advanced Contemporary Repertory in Steps Youth Programs' Pre-Professional Program. He has since taught male ballet classes and partnering classes with Steps Youth Programs.