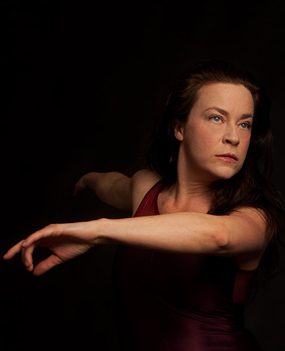 Vera Huff is a dancer, choreographer and teacher of diverse background. Vera spent the early 90's performing and choreographing in the downtown dance scene at such venues as DTW, Dixon Place, DIA (Joyce Soho), PS 122, Soundance and Eden's Expressway.

For the past 3 years Vera has been a collaborator and improviser with the Walter Thompson Orchestra. She also has a new Dance/Theater company called Veracity which is dedicated to presenting concert dance as well as collaborating with artists of all backgrounds to create new theatrical works.