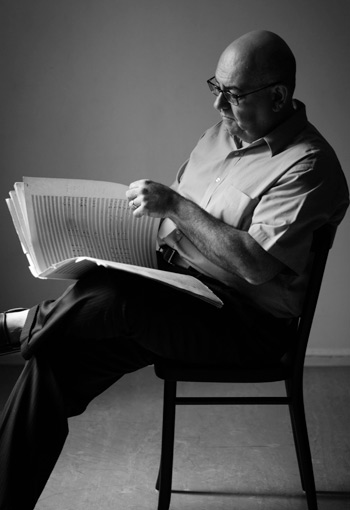 V.Shinov is a composer, concert pianist, music teacher and methodologist of composition, arranger, dance musician (rehearsal pianist and accompanist for ballet,modern and character dance classes), and an owner of a piano studio in midtown Manhattan . MUSIC TRAINING. Born in Odessa(Ukraine), he received his B.A. in piano performance at Odessa Conservatory in1976, and M.A. in composition, theory and music pedagogy , Leningrad State Conservatory , Russia, in1983 (Sanct-Petersburg).

DISCOGRAPHY: on the Disc Maker's (New York's Publishing): 7 Compact Disc of Piano duet V.Shinov & M.Porchkhidze are available at: www.vladimarina.com/products.html and www.cdbaby.com and at STEPS ' BOUTIQUE

COMPOSING
V.Shinov's music embraces a wide range of media: opera, 4 ballets, works for orchestra, vocal-symphony and chamber ensembles, numerous choruses, songs, about 100 piano pieces. As a composer he has collaborated with many prominent ensembles and presenters, including the Karelian State Philarmony Orchestra, Petrozavodsk University Chorus, Sanct-Petersburg String Quartet, New York Theater Ballet and many others. In 2002 Shinov's ballet "Sketches" received great acclaim in New York and Miami, where it was performed by E. Higgins Dance Theater. Ballet, composed by Vladimir, "MOTHER GOOSE ", was choreographed by Juilliard School faculty member K. Michael (commissioned by NY Theater Ballet), has been performed all over USA during 2005-2007. Mr. Shinov's new ballet (in collaboration with his wife Marina Porchkhidze) "ONE", inspired by Richard Bach's novel got a premiere at Carnegie Hall in 2006- as part of the 25th anniversary of family team-piano duet.

PERFORMANCE/COMPANY AFFILIATIONS
As a concert pianist, Vladimir began his work in 1976, as pianist at Odessa Music
Ensembles, Ukraine . Other affilliations: Karelian State Philarmony, Russia (as soloist-pianist and as a member of a piano duet with M.Porchkhidze), 1983-1993.
Carnegie Hall, USA ( Piano Duet recitals since 2004)
Pianist for the Dance Division, Juilliard School annual concerts, since 1998.
Pianist for School at Steps, annual concerts
Piano Duet Shinov/Porchkhidze recitals have been broadcasted and aired on TV and Radio shows. In 2004, one of USA's prominent critics in classic music, Karl Haas,has reffered the CDs of the Duet to the listeners of the radioshow " Adventures in good music"

TEACHING & METHODOLOGY/PIANO & THEORY LESSONS for dancers , musicians and people of different occupations
After graduation ,appointed to the piano and theater faculty of the Petrozavodsk College of Arts, Karelia , V.Shinov, together with M. Porchkhidze, produced a number of the students who have gone to professional careers. Family team were founders of one of the 1-st private school in Karelia (Russia),during the 1985-1993 . There they taught children piano, music theory and literature and directed students in writing and performing their own compositions, including mini operas and musicals (5 operas, composed by 5-12 y.o students of Vladimir had been broadcated on Russian TV.)
In New York, family team established MARINA's PIANO STUDIO in midtown Manhattan , where children and adults get comprehensive misic training -- piano, theory, composition and children music theater. www.vladimarina.com/news.html
Vladimir is an author of published articles on music pedagogy and methodology and of a textbook on training in composition for children{ including improvisation,composition}.

DANCE MUSICIAN
Vladimir Shinov has worked as musician for dance (for classes and rehearsals) since his arrival to New York in 1993.
His diverse expirience in music has been a foundation for his working in the field of dance.
His ability to improvise music on spot was developed in early childhood,before he had started his first piano lessons.
In USA ,he has worked for the most prestigious dance institutions /among them: The Juilliard, Steps on Broadway, American Ballet Theater, Tisch School/NY University,Nutmeg Conservatory,Ballet Hispanico,Ballet Arts,Ballet Tech,NY School of Classical dance,Peridance,Joffrey Ballet... and played classes for more than 200 teachers and choreographers. / Presently{2008},Vladimir is playing for ballet classes and modern dance classes at the Juilliard School Dance Division ; children and pre-professional ballet classes at School at Steps; for modern dance classes at New York State Summer School of Dance at Saratoga Springs/ where he is a faculty member/, and for character dance classes and ballet at Classical Dance Alliance /New York City/.