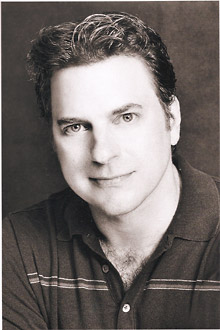 Mr. Brown also had a very successful career as a guest artist. He has danced the role of the Cavalier in The Nutcracker with fifteen different ballet companies throughout the United States. In 1987, he was invited by Heinz Spoerli to dance Oberon in his Midsummer Night's Dream with the Basel Ballet of Switzerland. In 1988 and 1991, he danced at the annual "Le Don Des Etoiles" gala in Montreal, Canada. In 1994, he was invited by the Martha Graham Dance Company to join them for one season as a Principal Guest artist.

Mr. Brown appeared in the Herbert Ross film Dancers and was featured in the acclaimed 1995 A.B.T. documentary Ballet by Fred Weisman. His television appearances include PBS' "Dance in America" four times and "Live from Lincoln Center" three times performing Balanchine, Tudor, MacMillan and Ashton. He was also featured on NBC's "The Today Show" twice.

Several years before retiring from dancing, Mr. Brown was asked to be an A.B.T. Company Class teacher and continues to do so today. He is also on the faculty of the A.B.T. Summer Intensives in New York City and Bermuda. Ethan is on the faculty at Steps Youth Programs and regularly guest teaches at Steps on Broadway in New York City. He also annually travels to Canada to guest teach and coach for the Royal Winnipeg Ballet. Ethan also works for Youth American Grand Prix judging ballet competitions and teaching master classes.