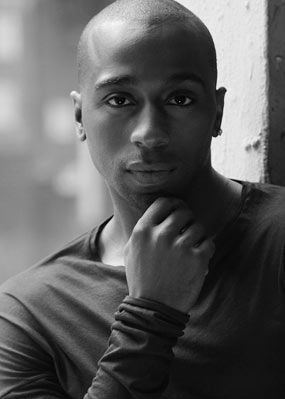 LaMar began his dance training at, Camden's All-City Performing Arts Program, under the direction of Angela Wright-Yelverton. From there he attended Halliday Dance, Dance Sensa-tions of New Jersey, Inc., and the Creative High School in Camden, NJ. He was a Bronze Medal Winner in the 2003 NAACP-Act So Competition for Dance. LaMar has performed for artists such as Patti LaBelle, Ben Vereen, Danny Glover, Wynton Marsalis, and Jill Scott where he was the Lead Male Dancer in her Directorial Debut Slide. In 2007, LaMar played the lead male dancer in the production of My Brotha Marvin [the Marvin Gaye story] directed by Zeola Gaye. In 2008, LaMar received his B.F.A. in Dance from the University of the Arts. Upon graduation, LaMar was an assistant to Roni Koresh and a recipient of The Choreog-raphy Award as well as the highest award given to a graduate known as the Stella Moore Award for Outstanding 4-Year Achievement and the first Alumni Award from Creative Arts High School. He is a former Principal Dancer/Rehearsal Director with Eleone Dance Theater and the Rebecca Davis Dance Company.

Currently, LaMar is a freelance choreographer/teacher, Cultural Ambassador in Rwanda for Mindleaps, as well as a performer on Broadway in Disney's Production, The Lion King. LaMar can be seen in commercials for Disney's The Lion King and 100% Bloomingdales "Do The B-Roll" and online tutorial, Broadway.com's Gotta Dance Artist Spotlight, Out Magazine June 2015 Edition, Good Morning America, the 2013 and 2015 Tony Awards, and Season 3 of Madam Secretary on CBS. Most recently, he has choreographed for the Arista's Award-Winning R&B Recording Artist, Monica on BET's Black Girls Rock and a Capezio commercial featuring Life-time's Television Show, Dance Moms' Kilani Hilliker. LaMar is also currently pursuing his Masters of Science in Arts Administration at Drexel University anticipating graduation Spring 2019.